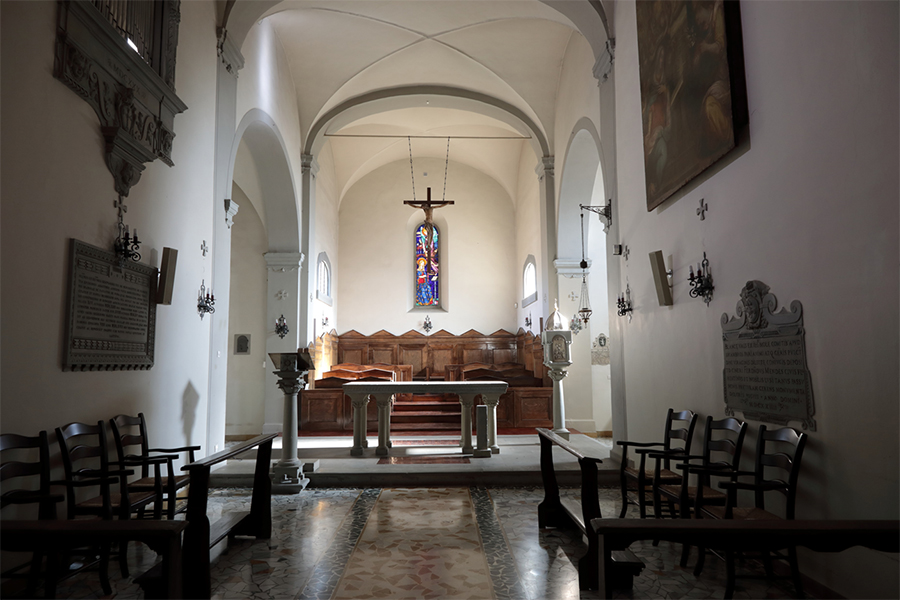 In this context, the passage of the two monastic realities that have lived here is evident. The church is named after the Most Holy Annunziata and presents elements of considerable value. The portal is surmounted by a lunette that houses a glazed terracotta Pietà (1510-1520) attributed to the workshop of Benedetto Buglioni (1459-1521) trained in the workshop of Andrea della Robbia. On the left altar of the transept there is a polychrome glazed terracotta crib with St. Francis and St. Anthony of Padua (1515-1520), always attributed to the Buglioni.

In the Church, also located in via Morandini, we can see the paintings of Francesco Morandini, called the Poppi (1544-1597), such as the Annunciation (approximately 1590), S. Agostino and S. Gregorio, a Pope, also dating back to the last decade of the sixteenth century. In the apse there is a glass window depicting the Annunciation, commissioned by the Camladolese nuns, dating back to the twentieth century and bearing the Camaldolese coat of arms.

Meditations on the Gospel